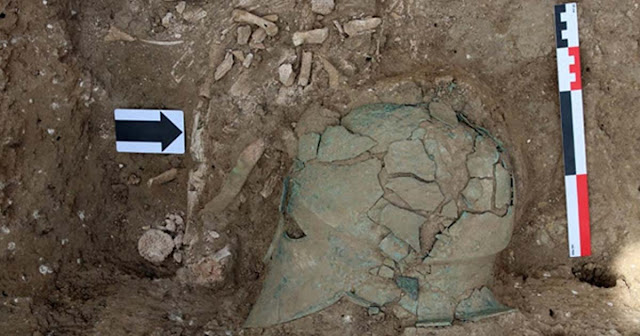 The Russian RIA news agency has reported a remarkable find of an ancient Greek Corinthian helmet. The discovery was made in the Taman Peninsula in the southwest of Russia. The helmet was unearthed during the excavation of a Greek necropolis in the area by the Institute of Archaeology of the Russian Academy of Sciences (IA RAS). The helmet is one of the most remarkable discoveries yet made at this site. The helmet now raises questions as to the nature of Greek society in the ancient Black Sea area and its contacts with the wider Greek world. 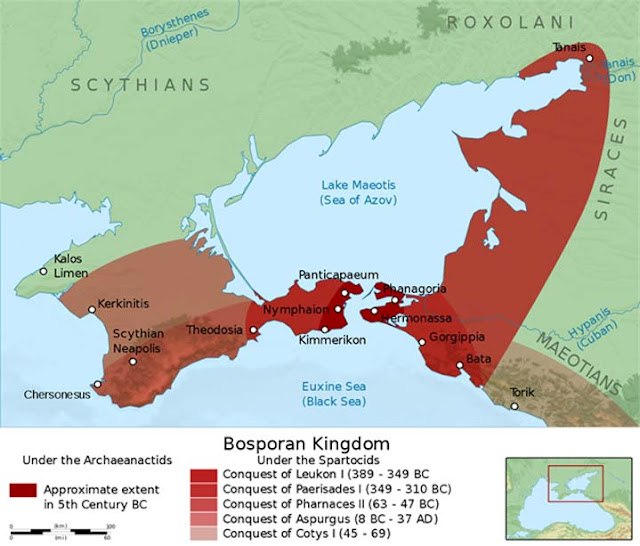 Greeks in the Black Sea
Russian archaeologists have been excavating a necropolis of 600 burial mounds in the Taman area for over two years. The burial mounds are related to Greek colonies in the locality and especially that of Phanagoria. The helmet, which has been dated to the 5th century BCE, comes from an era when the Greeks were establishing a kingdom in the area. This was known as the Bosphoran Kingdom which had Panticapaeum as its capital and it lasted for over a thousand years. The kingdom was rich and powerful because of trade with nomadic tribes such as the Sarmatians and the Scythians and developed a culture which was influenced by both Greek civilization and the cultures of the Steppes.

Corinthian Helmet
The Russian-team led by Roman Mimohod discovered the Corinthian helmet when excavating one of the burial mounds. These first appeared in Greece around the 6th century BCE. They were widely used by Greek hoplites (heavily armed foot-soldiers) and were in use for many centuries.When Hoplites fought in Phalanxes, they would wear this helmet, which was considered to offer excellent protection. It was the custom of the time that a warrior was buried with his helmet and they were prized objects which conferred social prestige on those who possessed one. 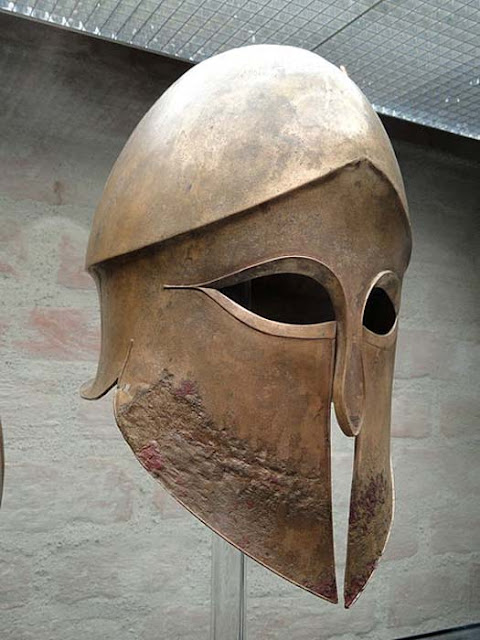 Corinthian helmet from the tomb of Denda. The name of the warrior (Denda) is engraved on the left greave. From a Greek workshop in South Italy, 500–490 BC.

They are frequently depicted in art of that era. According to the Greek Reporter , ‘the helmet was of  “Corinthian Hermione-type and would date back to the first quarter of the 5th century BCE.”  This finding is based on the design of the object and on comparisons with some of the numerous other Corinthian helmets that have been unearthed all over the Greek world.

The helmet found in Taman is made of bronze; it covered the warriors’ head and also offered protection for the nape of the neck.  These helmets had cheek guards that were known in Greek as paragnathides,  they originally had a padded interior to cushion the warrior from blows to the helmet. 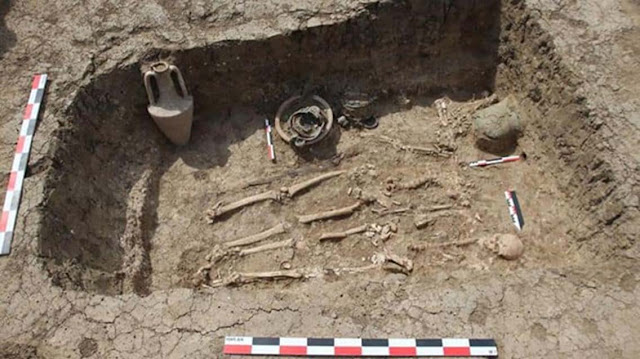 Overall view of the burial of the Greek soldier in Taman with the helmet visible to the right of the photo. Image: Institute of Archaeology of Russian Academy of Sciences.

Importance of the Discovery
The helmet, despite its relatively poor state, is considered as a highly important discovery. It is the only helmet of this type that has been found north of the Black Sea and is therefore of great historical significance, notes the Greek Reporter .
The find of a Corinthian helmet shows that the Greeks who lived in South West Russia likely adopted hoplite warfare. The discovery also shows that the Greek settlements were still influenced by the culture and societies of the Greek homeland. This would confirm what we know from other sources and discoveries and that they retained a strong sense of Greek identity, despite the fact that these settlements  ‘were in close contact with the Scythian inhabitants of the steppe’’,according to Tornos News.  The necropolis where the helmet was found will hopefully reveal more discoveries that will allow us to better understand the culture and civilization of Greeks who lived on the north shore of the Black Sea.

Email ThisBlogThis!Share to TwitterShare to FacebookShare to Pinterest
Ετικέτες RUSSIA

"According to an ancient Sri Lankan source, the Mahavamsa, Greek monks seem to have been active proselytizers of Buddhism during the ti... 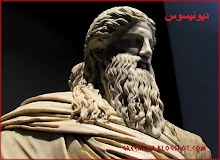